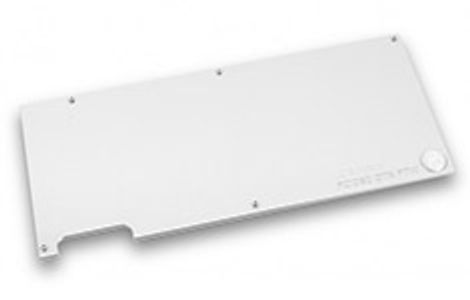 Overview
Reduced to clear! (normally $45) The EK-FC1080 GTX FTW Backplate is a retention backplate made of nickel plated aluminium for the EK-FC1080 GTX FTW series water blocks. It covers the whole length of the graphics cards PCB, serves as an aesthetic add-on and also provides passive cooling for the backside of voltage regulation module (VRM). 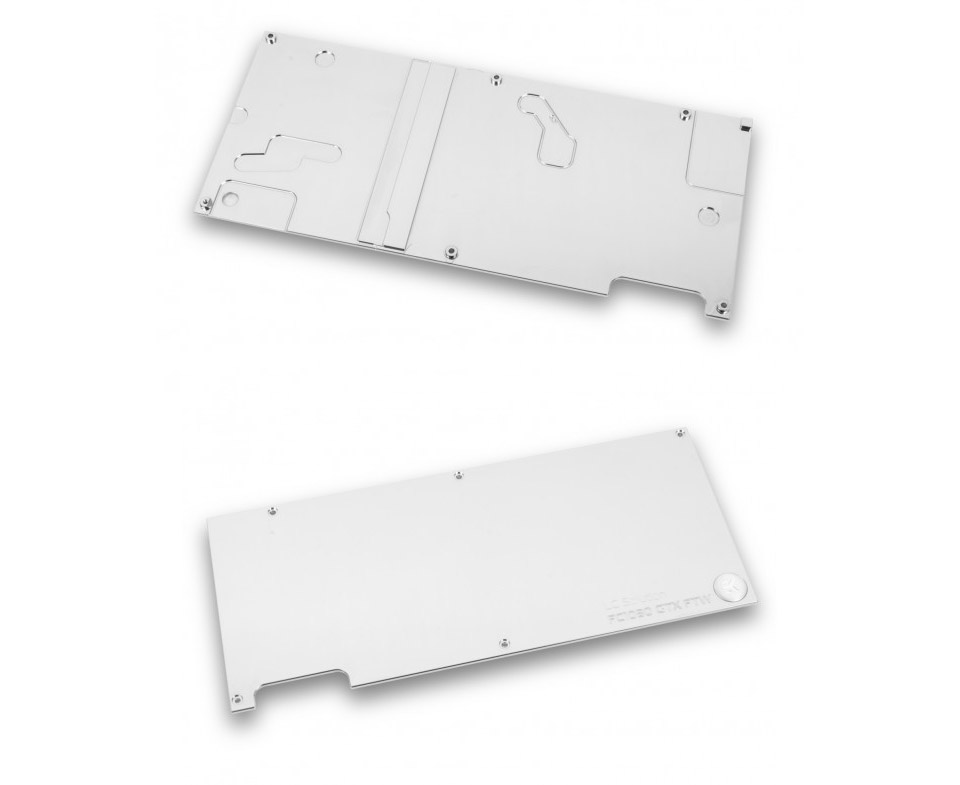