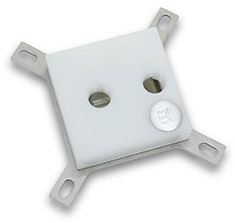 3831109800195
Overview
Reduced to clear! (normally $89) The EK Supremacy EVO is an evolution of a EK-Supremacy flagship performance water block, introduced in 2012. More than one year worth of round-clock development, CFD analysis and rigorous testing is now resulting in ultimate performance, unmatched by any other product on the market. 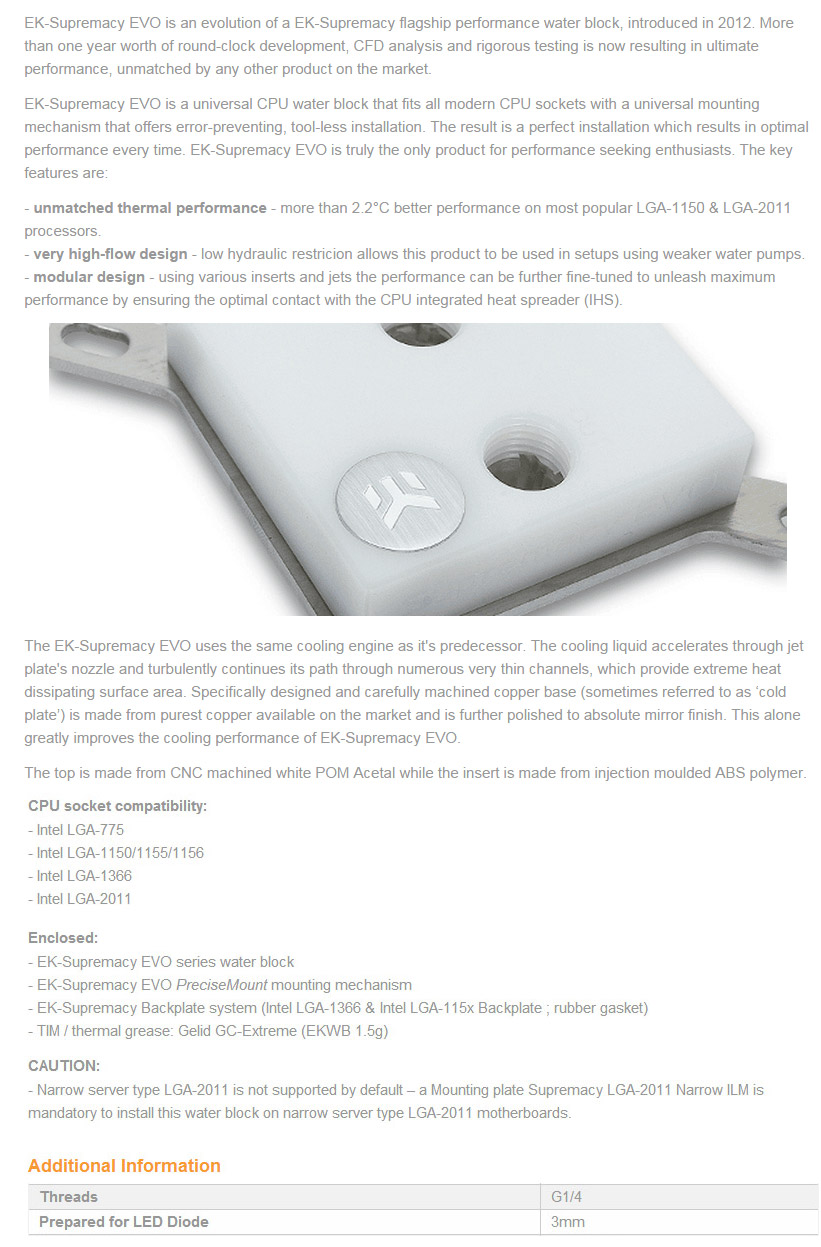 Question about this product?